Welcome to TnT Metabolic Igniters.  Please feel free to contact us if you have any questions or would like to inquire about booking one of our classes. 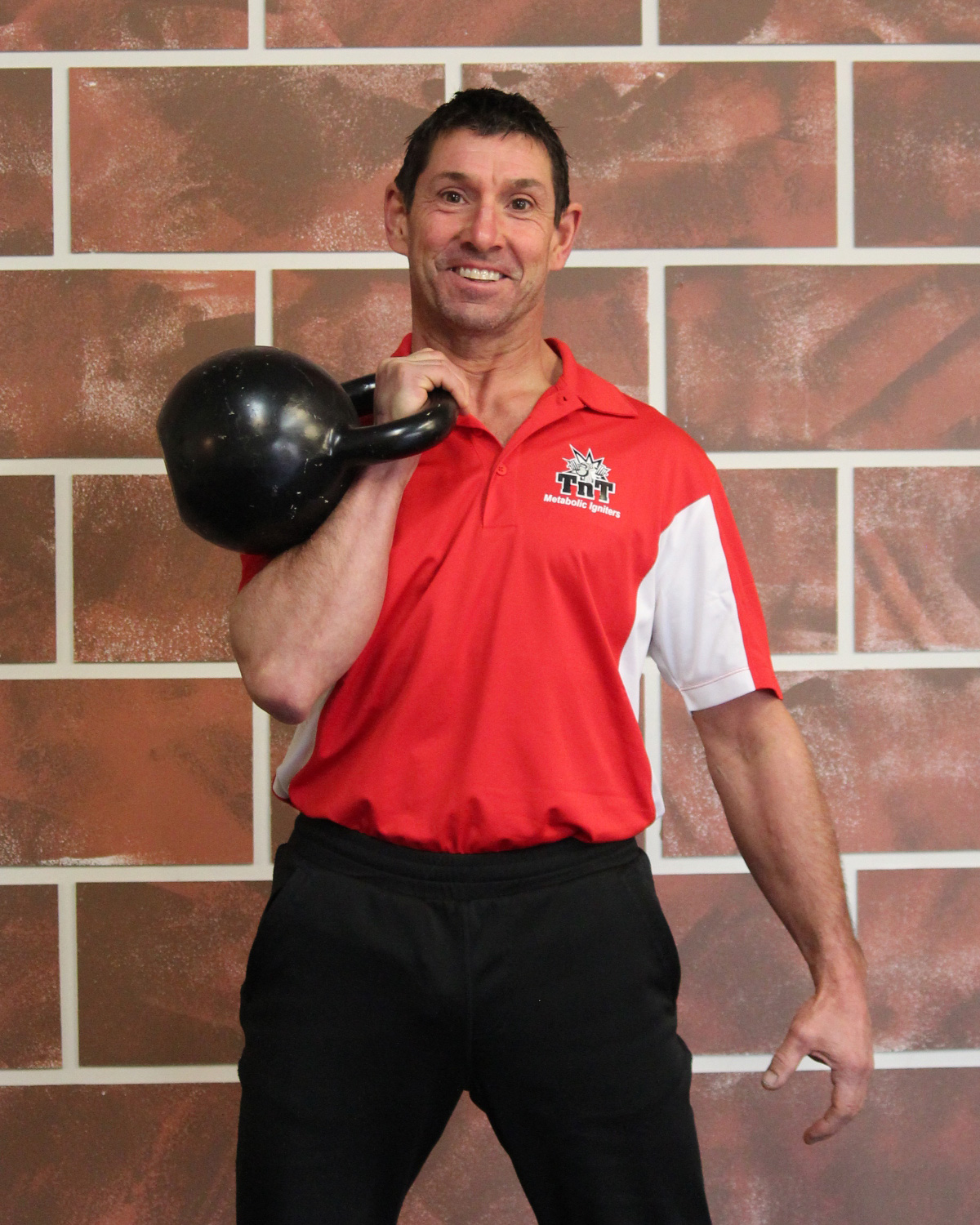 Like most kids, I started playing hockey when I was 6 years old and continued playing all through school. After high school, I had the opportunity to play Junior B level in the little northern community of Hythe, Alberta. I had a great experience playing with that league and was lucky enough to be on the team that played in the 1982 winter games. With playing competitive hockey comes the responsibility of maintaining my level of fitness. That in turn introduced me to the world of strength training. I had my weight bench and a few weights in the basement, and that’s what we did to strength train. I had a buddy that was an avid arm wrestling competitor so I of course felt the need to participate as well. I did manage to place well for a young guy with no formal training.  I loved the feeling of being strong. But like most guys, I demanded too much too fast from my body and was constantly sustaining injuries that would set me back to square one. Back in those days, there were no U-tube videos to watch to help me with my form.

Fast forward several years, I continued playing recreational hockey and started a family. I became involved with my son’s hockey and helped as assistant coach on the bench with the kids. When you are put in this role as a parent and coach, you become very aware of the importance of the guidance a coach can play in the role of the young athletes. It makes us feel good to be able to assist in that role.

I then had an injury at work. I pinched a nerve in my back that would leave me with some permanent damage and a condition called “drop foot” When you hear people say, “You don’t appreciate something until it’s gone” this now perfectly describes me. Keeping a healthy body has become a much greater priority.

In the meantime, I met my wife Tammy who shared my passion for fitness. In the past few years, I have started doing some obstacle course races. I enjoy the challenge and look forward to more Spartan races in the future. I have been learning more and more and decided I wanted to earn my own designation. Since obtaining my PT certification I have been working side by side with my wife coaching.